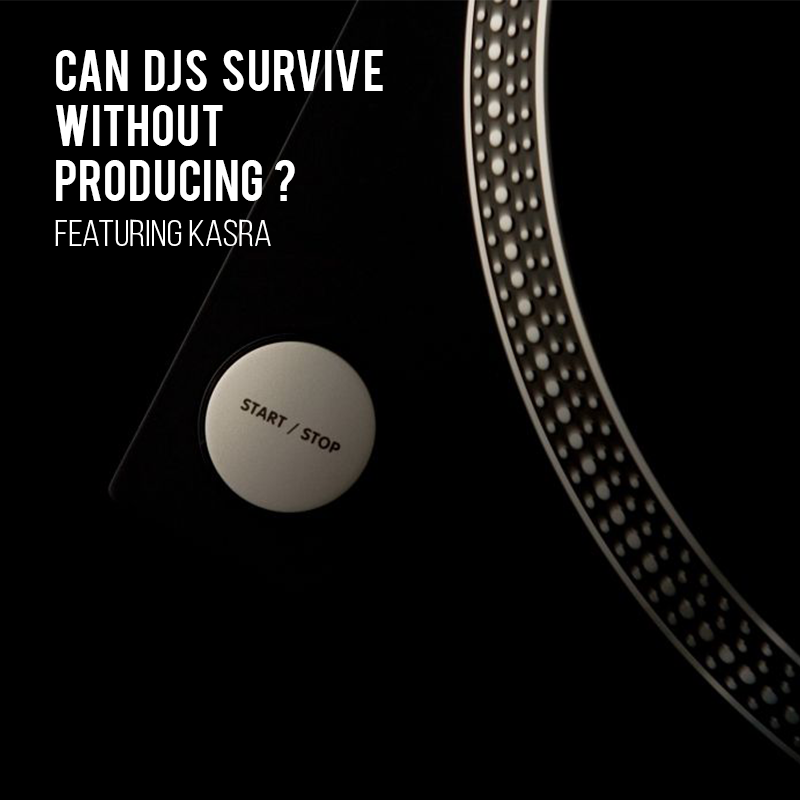 Everyday, many people throw themselves into the music industry, searching for new joys through the elation of performance moments. The Drum & Bass world is wonderful and offers many possibilities. Who never got this burning desire to step on stage, to feel the crowd’s energy and to see people go wild on a carefully prepared tracklist ?

"The Drum & Bass world is wonderful and offers many possibilities."

If not so long ago, being a DJ was reserved to an elite – people growing up in a musician or sound engineers, or simply wealthy family – you can now have access to your own « almost professional » equipment at the lowest costs. A small 200€ controller or even just a computer and a mixing software, such as Traktor or Serato, and you’re ready to go!

These new means for mixing have drastically changed things. What was only a dream for many enthusiasts 20 years ago became easily accessible for all, and therefore the amount of young DJs rised exponentially.

Nevertheless, nowadays, being a DJ is no longer sufficient to be promoted worldwide. And if DJ skills have evolved, production techniques have as well. The need for a studio has decreased, and production can now be mastered with a computer and a few VST’s.

All these changes have made the competition very challenging for young DJs. Obviously, they have to work hard to reach their dreams, but do they have to produce music to be mixing worldwide?

In other words, can a DJ survive without being a producer ?

There a many talented DJs in the international scene. Sometimes, they even get an actual appreciation outside the Drum & Bass world, sometimes through awards for their impact on the electronic scene. And even if, right now, most of these DJs are DJs and producers, it must be noticed that things have not always been this way.

One of the most iconic actor of this movement, Dj Hype, made his name through the DMC practice, representing the UK at the official international championship in 1989. One year later, he began making his own tracks, shaping all the anthems and bangers we’re so grateful to hear again today. You have surely already heard some of those songs such as “Shot in the Dark”, “Closer to God” or “Peace, Love and Unity”. 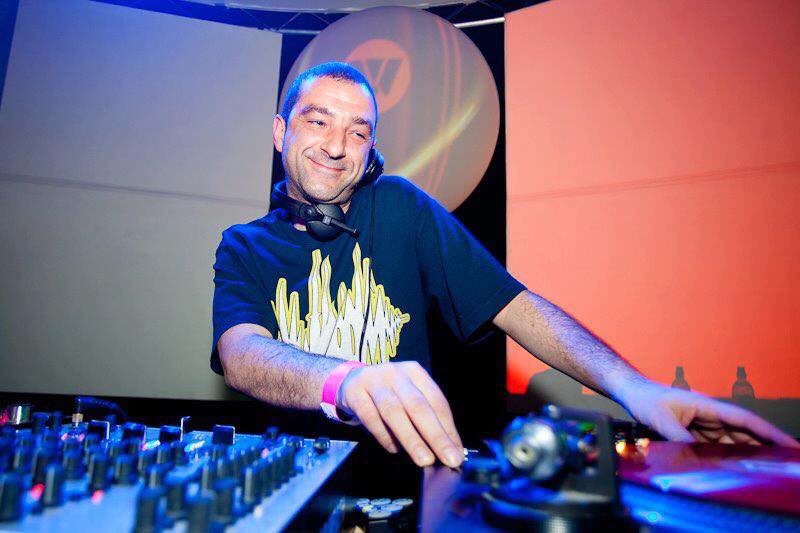 Andy C, distinguished pioneer of Drum & Bass and boss of one of the biggest dnb label, Ram Records, got famous worldwide for his unique DJ skills based on distinctive double drops which only himself has the secret. No doubt that today, Andy C is respected as much as a producer than he is as a DJ, but would it be incorrect to say that his DJ skills did take an underlying place in his success ? Everybody remembers his project « Andy C Alive » , in which he used custom made softwares and settings to mix both audio and visuals, creating a stunning light and laser show. What a thing, back in the days !

Andy C’s talent for mixing is now recognised around the world, maybe more than his own tracks are. This is not to say that Andy C isn’t a great producer, far from that; track like “Roll On”, “New Era” or his remix of “Get Free” and globally appreciated anthems. But he has empowered the dnb scene so much with his amazing Dj skills, winning the best DJ award at the Drum & Bass Arena Awards every year for 10 years, that we have to recognise his DJ skills have certainly surpassed the producer, and this for our biggest pleasure.

Noisia, Audio, Dj Marky, Camo & Krooked, Friction, A.M.C, etc… The list of worldwide famous DJs is long, but it is clear that all of them are producers as well.

However, there are some artists who could totally be portrayed as UFOs in the scene. Kasra, label owner of the outstanding Critical Music – on which he signed famous artists like Mefjus, Enei, Foreign Concept or Current Value, is one of them ! 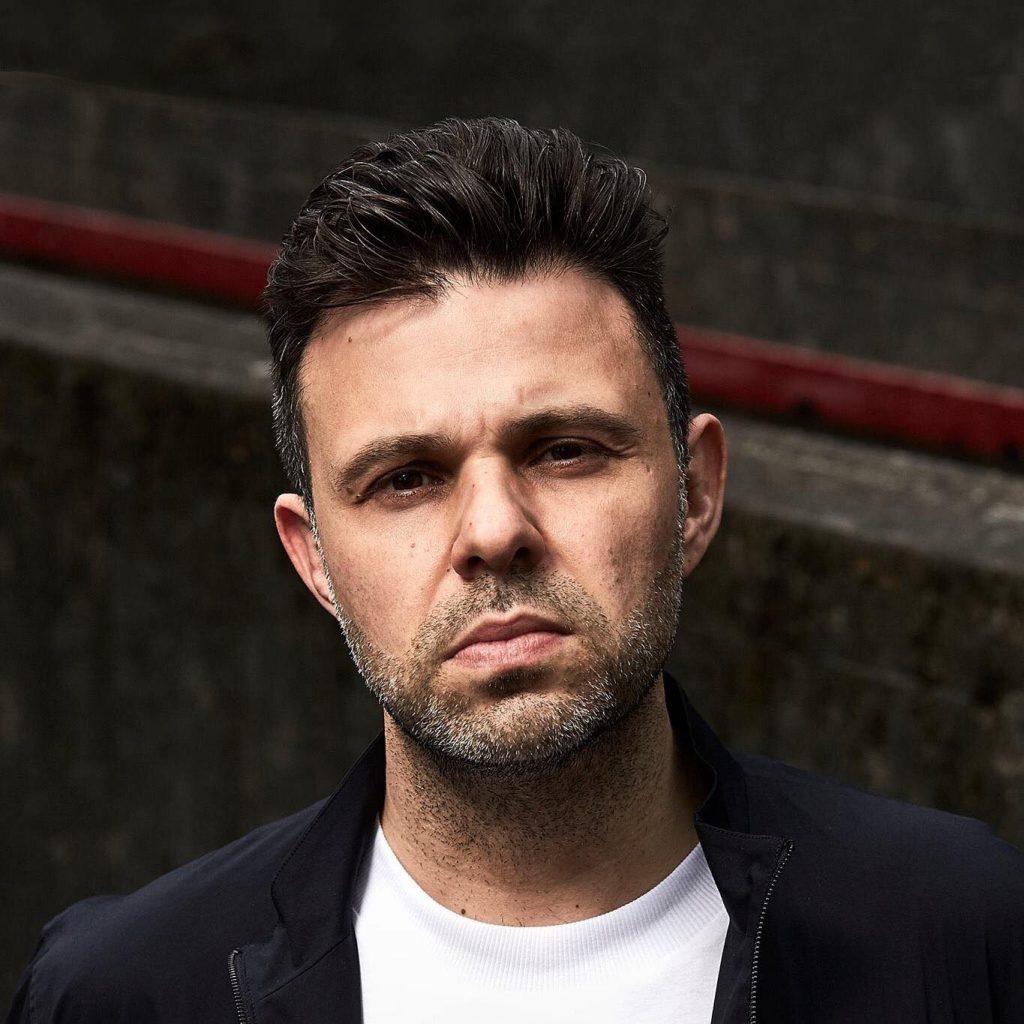 He recently started producing with his debut EP « Ski Mask », released in 2018. Before that, he had excelled worldwide by running his career for 16 years without producing, only dijing. Kasra is a humble man and keeps a lucid look upon his success. We had the pleasure to discuss with him. We asked him about his feelings regarding the way he ran his djing-only career. Basically, what we wanted to know was if he was aware of how special the path he took was. He naturally answered « I suppose it’s special to me because of what I have personally achieved as a DJ and what we have done as a label. I just wanted to be involved in the scene, I could’nt make music at that point but I really wanted to run a label releasing a physical product. »

Kasra keeps a clear vision about his highly atypical path. This is why when we asked  him if he thought that the fact that he ran Critical was the underlying factor of his success, he immediately answered « Yes, I would say it is, making a label work isn’t easy though, but my vision and the vision of the label have been pretty clear I feel we have always stuck by what we believe in. I like to think people buy into that. »

« My main focus was the label and my DJ work. That’s a valid way to use your energy », he added.

But Kasra isn’t the only one who has been evolving worldwide without producing. If today, he chose to surf on the « production wave », there is one man who never made that choice and succeeded anyway : Mistanoize.

Mistanoize is a discrete yet truly deserving DJ, who has been thriving in the Drum & Bass game for at least 15 years. His impressive DJ skills, mixing all styles of Drum & Bass and incorporating other styles of music into his sets, earned him recognition around the world and some distinctive awards like the Drum&Bass Arena worldwide DJ Competition or the huge Ram Records « Ram100 » DJ Competition,  between 2009 and 2013.

Since then, Mistanoize never stopped shining internationally and enjoys a strong support as his mixes reach sometimes up to 20k plays. 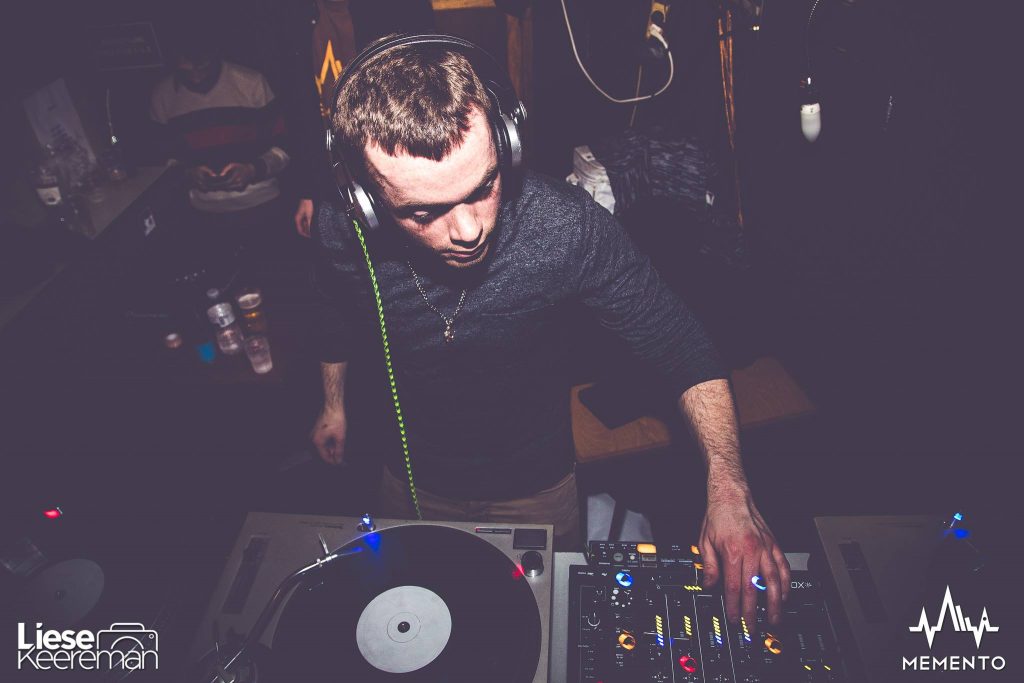 If we first point out the fact that, nowadays, there are only few DJs who don’t produce, we can, however, state it doesn’t seem impossible to reverse the trend. As Kasra  “ I think it’s possible for sure [to succed without producing] but you would have to be bringing something very special on the table ».

Theoretically, one of the best ways to promote oneself worldwide could be by developing a unique show on stage. We were mentioning the « Andy C Alive » in 2012, but since then lots of artists have presented their own shows and rewriting the live’s traditional codes. For instance, think about the “Outer Edges Tour” by Noisia, Goldie & The Heritage Orchestra in 2014, or more recently, Current Value’s CVAV project. Of course, setting up a real audiovisual experience can be quite costly, which is why it has to be a considered a choice.

But sometimes, the keys of achievement are, on a practical level, simpler than they seem. Here are three tips we would like to give to all young DJs wishing to succeed without necessarily producing.

1. Prospect A LOt of national and regional promoters

It will never be said enough, but contacts are very important in this business. You probably all have one of your talented friends who never gets booked because he doesn’t dare to promote his own work. In 2019, it is essential to learn how to sell yourself. But be careful, by selling yourself essentially as a DJ, you should not appear pretentious. You will strike a balance with time. Also, never forget that a polite message can sometimes set the stage for something bigger. So don’t be shy and start approaching promoters!

2. Get involved in a radioshow

If what you are looking for, by being a DJ, is feeling the crowds’ energy and all the benefits of the stage, this tip is not for you. But for others, getting your own residency or periodic show, like Rene La Vice or Friction on “BBC 1 Xtra”, can be a great way to get an international reach. Because, thanks to the Internet, radios have no borders.

A DJ who does not want to produce should be on the lookout for a producer who does not want to mix. A band creates a creative guideline and nothing prevents members to strictly define roles, with people who only produce and people who only mix. It can definitely be a “win-win” situation. This type of configuration already exists like the men from Visages, Katharsys or Jam Thieves who don’t all DJ…

After all, when we asked Kasra about possible regrets following his path, he answerd « not at all », so we thought : why not you ?